A DUI is a serious offense with lasting consequences. If you have been arrested for DUI, you probably have many questions about what will happen next and how it will affect your life.

The consequences of a DUI depend largely on the facts of your case and your criminal history, if any.

At MZJ, you’ll find the best DUI lawyer Idaho Falls has—contact us today for a consultation.

Here are answers to some frequently asked questions about DUI.

What is a DUI?

A DUI, or driving under the influence, is a criminal offense in which a person operates a vehicle while impaired by alcohol or drugs. DUI laws vary from state to state, but in general, a DUI is considered a serious offense.

Is a DUI a Felony or is a DUI a Misdemeanor?

In most states, a DUI is considered a felony if it results in serious injury or death. However, even a first-time DUI offense can be charged as a felony in some states.

Typically, a DUI is going to be a misdemeanor. However, it can become a felony if: 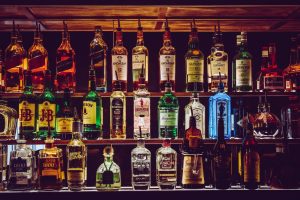 Is Your License Suspended Immediately After a DUI?

Your license may be suspended immediately after a DUI arrest. The length of the suspension will vary from state to state, but it is typically between 30 and 90 days. Some states may require you to install an ignition interlock device (IID) in your car before you can have your license reinstated.

If you have recently received a DUI and you’re not sure whether or not your license is suspended, you should contact your state’s DMV.

How Much Does a DUI Cost?

The cost of a DUI can vary depending on the state in which you are charged, as well as the severity of the offense.

Generally, you can expect to pay several thousand dollars in fines and fees. You may also be required to complete community service, attend DUI classes and/or install an ignition interlock device in your car, which you will also have to pay for (including the cost of installation and monthly fees).

What Is a High BAC for a DUI?

Your BAC (blood-alcohol content) measures the amount of alcohol in your blood.

In every state, it is illegal to drive with a BAC that is .08% or higher. However, some states have what are known as “zero tolerance” laws for drivers who are under the legal drinking age of 21. These laws make it illegal for young drivers to operate a vehicle with any measurable amount of alcohol in their system.

Can You Get a DUI for Driving High?

Yes. You can get a DUI for driving under the influence of both alcohol and drugs, including marijuana and prescription medications.

What Happens When You Get a DUI?

In most states, a first-time DUI offender will face the following penalties:

In some states, a first-time offender may also be required to serve a brief jail sentence. 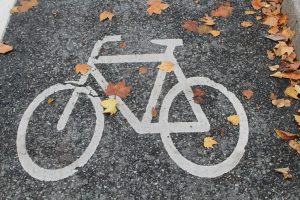 Can You Get a DUI On a Bike?

The answer to this question depends on the state in which you were riding your bike. In some states, it is illegal to ride a bike while under the influence of alcohol. However, in other states, there is no law specifically prohibiting this behavior.

If you are caught riding a bike while under the influence of alcohol in a state where it is illegal, you can be charged with a DUI.

How Long Does a DUI Stay On Your Record?

In some states, DUIs remain on your driving record for up to 10 years. However, in other states, the DUI will only stay on your record for a few years.

You can work with an attorney to request it be removed from your record.

What Happens If You Get a DUI While Driving a Commercial Vehicle?

Getting a DUI while driving a commercial vehicle can have serious consequences. You may lose your CDL, be fined and even go to jail.

If you are convicted of a DUI while driving a commercial vehicle, you will likely lose your commercial driver’s license (CDL) for at least a year. You may also be fined up to $5,000 and face up to 90 days in jail.

Additionally, your insurance rates will likely increase and you may have difficulty finding employment as a commercial driver.

If you are facing DUI charges, it is important to speak with an experienced DUI attorney who can help you navigate the legal system and protect your rights.

What Is the Difference Between a DUI & a DWI?

The main difference between a DUI and a DWI is the level of intoxication. To be charged with a DUI, you generally must have a blood alcohol content (BAC) of .08% or higher. For a DWI, you may be charged if you’re impaired by drugs (either prescription or illicit).

What is an Ignition Interlock Device? 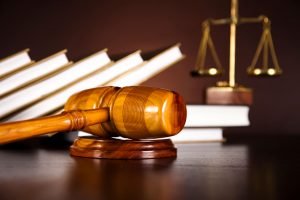 Can a DUI be Expunged?

If your DUI did not result in an accident, damage to property or injury to another person, you may be able to have it expunged from your record. An expungement is a legal process that destroys all records of an arrest or conviction.

To have your DUI expunged, you must first complete all sentencing requirements, including any jail time, probation and DUI classes. You will also need to file a petition with the court and pay a filing fee. The court will then hold a hearing, at which you must prove that you have been rehabilitated and are unlikely to reoffend.

If the court grants your expungement, your DUI will be removed from your criminal record. However, it will still show up on background checks for certain jobs, such as those in law enforcement or healthcare.

If you have been charged with a DUI, you should contact an experienced criminal defense attorney. An attorney can help you navigate the expungement process and give you the best chance of having your DUI removed from your record.

We want to know your needs exactly so that we can provide the perfect solution. Let us know what you want and we’ll do our best to help.